Skip to content
Autism has a world of its own–and the pull is strong. Sometimes Jacob will disappear for 30 minutes–only to be found outside or downstairs doing his “imaginations.” I took this photo of him recently as he was hopping from rock to rock outside thinking about whatever he was “imagining” that day. At least he is getting his exercise (because he can’t seem to hold still while he does it).
#Imaginations #autism 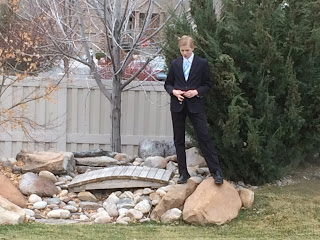 ← A Little Yard Work Makes Me a little AchyBlack and White →